You are here: Home » Best Bitcoin IRA Companies for 2020

The cryptocurrency IRA, often called the Bitcoin IRA, is the latest vehicle in a growing number of investment options you have available to you today which allows you to have full creative control over your long-term savings plans.  With the popularity of the self-directed IRA plan, financial instruments have become more aggressive to tailor investment options to investors seeking diversified portfolios.

As the cryptocurrency market continues to be in the media, today I’m going to talk about how to start a cryptocurrency IRA where you can hold Bitcoin, Ethereum, Litcoin, and others.  You will also hear this referred to as a Bitcoin 401k.

Younger investors are flocking to the cryptocurrency market, and with the amount of time they have to invest in their future, why shouldn’t they be a bit speculative?  I’m 41 years old, with under 20 years until my retirement funds are accessible, and I’m currently adding Bitcoin to my accounts, if nothing else, as a hedge against the stock market, gold, and other investments.

What is a Bitcoin IRA? 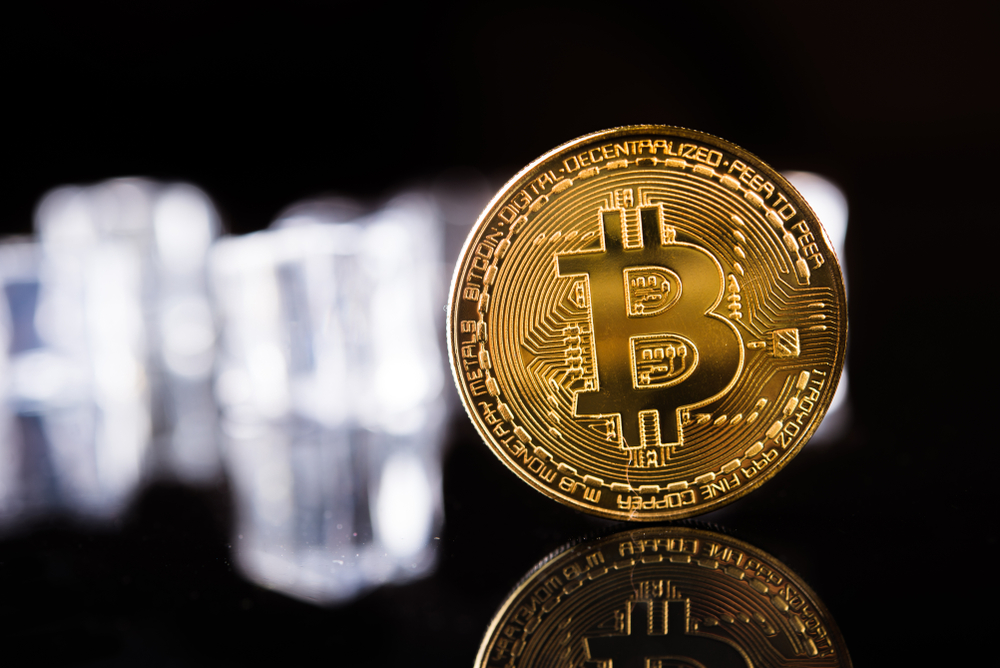 Presently, there isn’t a specific account (backed by the IRS, at least) that is dedicated to cryptocurrencies.  But, you can hold Bitcoin and other crypto’s, called “alt coins” inside of your IRA.  The IRS made it clear back in 2014 that they would view Bitcoin investments in the same light as they view equities in terms of how taxation will take place.  They do consider cryptocurrency as a property, and therefore you will have to have a custodian in order to acquire, trade, and hold it.

While the amount of Bitcoin IRA custodians is presently limited, there are companies out there jumping in and taking the lead on this.

If you are interested in viewing the list of cryptocurrency IRA companies, simply scroll down and find reviews of each one.

How to Buy Bitcoin With Your Self Directed IRA

As the first digital currency ever created, Bitcoin remains the #1 most sought after cryptocurrency for sale on the market.  While many Alt Coins have come and gone, the market always has, and likely always will, revolve around the price of Bitcoin.  Other large coins that are available for trade include LiteCoin, Ripple, Ethereum, Token Pay, and many others.  While many of the “fad coins” that mooned, and then tanked, are well off of people’s radars, there are still plenty of digital coins that have good use cases that I like to follow. I’ll talk more about those on subsequent blog updates.

As far as starting a Bitcoin 401k with your employer, that’s not too close on the horizon, in my opinion.  People are much too conservative to take a stab like that and potentially steer people into something they don’t know much about.  Some people will liken this sort of investment to gambling, and while I entirely disagree (I’m a Digital Marketer and very connected to the offshore scene and payment industry, and have consulting clients in the space), there is a learning curve and most Middle American companies will shun anything that isn’t an equity or precious metal.

If you do find yourself working at an employer with an attitude like that, and you really want in, learn more about how you can do this on your own on this page.

What are the Benefits of Owning  a Bitcoin 401k?

Owning virtual currencies is done by buying them as a normal taxable investment.  This way, your trades (buying and selling) are treated to the same capital gains taxes that you would have with any other trading account.  Investing in something in a tax deferred account allows you to kick the tax payment down the line until the age of retirement.

You’ll have to choose between a Roth IRA or Traditional IRA, and some of that will depend on how your financial situation stacks up.

It’s important you understand each one as they have different long term tax effects.

What are the Risks of Investing in a Bitcoin IRA?

Again, if you ask anyone who is from the old school about Bitcoin IRA investing, you’ll probably hear words like “scam” fly very rapidly out of their mouths.  Typically, anyone from old money isn’t quick to embrace new money ideas, unless they already are in the game or have cashed up from them.  (That’s my personal take, at least.)  The truth is, any investment is speculative. I’ve lost my ass on blue chip stocks just the same as I’ve made solid trades by acquiring companies I hadn’t heard of, didn’t know of, or didn’t do much homework on.  Investments are always a gamble, and while you can have an edge by knowing the in’s and out’s of an industry, a certain company, a trend, or whatever, anyone who judges something as a scam is simply spitting bial.  There would not be billions of dollars of commerce going around via digital currencies if indeed it was a “scam.”  So please, block out the haters, and I’m not just saying this for crypto’s, I’m saying this as something I follow in life in general.

In all fairness, however, I will lay out some sentiment for those who want to look at this from every angle.  These would be my “con’s when considering investing in cryptocurrencies:

However, you can reduce your risk by getting into an exchange traded fund that holds a bundle of digital currencies.

You’ll also have additional custodial fees when you trade Bitcoin in your IRA, and if you are playing with small amounts of money, it can be cost prohibitive.  Definitely get an idea of the holding and maintenance costs prior to jumping in with two feet.

This space is growing rapidly, but the top Bitcoin IRA companies have been in this market for a while servicing customs as a gold ira custodian, and I've found that the expertise some of the long time companies have out there gives them a serious advantage from an asset management perspective.  If any of these names look familiar, it's because they are seasoned professionals.

Conclusion – Is a Bitcoin IRA a Wise Decision?

Look, this comes down to many factors.  Your age, your risk tolerance, your beliefs in the digital currency market, and how much money you are playing with.

For me, the bulk of my retirement is held in equities, dividend stocks, real estate, and investments tied to precious metals.  I like to diversify.  However, I do have a portion of my savings in digital currencies and I do believe in the long-term outlook of them.  I look at it as the same way I’d look at a speculative bio-tech stock, tech mutual fund, emerging market investment, or other more speculative deal.  Why not get some skin in the game when you have so much time for it to play out?

That’s my philosophy, and again, my disclaimer is that I’m a Digital Marketer, Author, and Entrepreneur, NOT a financial advisor.  Don’t get it twisted, that’s out there for a reason.

A Florida-based Entrepreneur, Author, and Life Hacker, Tim Schmidt decided to take control of his retirement portfolio several years ago by setting up a self-directed IRA. This blog shares his thoughts and opinions on the top of retirement and investments. You can follow his career and travels on his Official Website as well as on his Instagram page.