What Happens to Gold in a Post-Pandemic World? 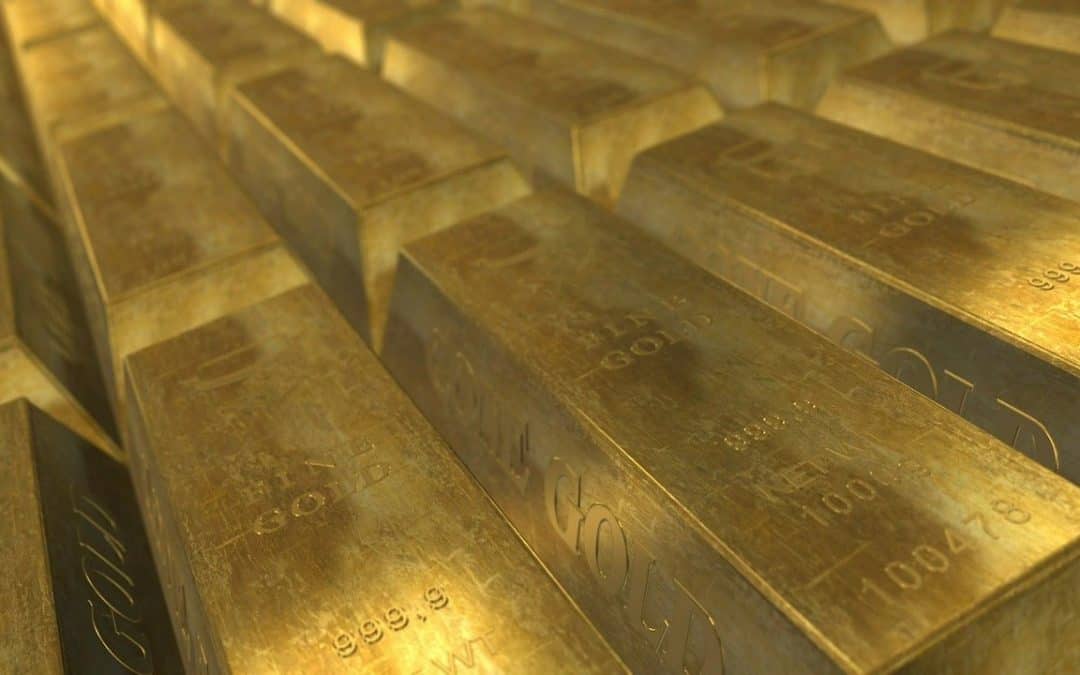 The imminent availability of two apparently-effective COVID-19 vaccines permits us to say something we’ve not been able tosince the earliest days of the current health crisis: The pandemic will come to an end. When it does, presumably so will the Federal Reserve commitments to unlimited quantitative easing (QE) and seemingly-unrestrained levels of deficit spending prompted expressly by the economic effects of the public health crisis. As it happens, these initiatives also have been seen by experts as some of the most positively impactful influences on gold during not only the “pandemic depression” but during the years of the Great Recession, as well.

So here’s the question: What will happen to gold in a post-pandemic world?

No one knows what the future holds, of course. But, in my opinion, gold’s prospects going forward and beyond the pandemic remain strong. In my view, the biggest reason is the Federal Reserve’s own stated forward-lookingagenda, one that seems to effectively guarantee the continuation of gold-favorable monetary policy.

Another reason that’s almost as big is the anticipated agenda of the incoming Biden administration. One estimate suggests the eventual cost of the new president’s initiatives could add as much as $8 trillion to the federal debt by 2030.

That kind of spending certainly could result in a weaker dollar and raise inflation expectations – typically a good “formula” for higher gold prices.Factor in the Fed’s plan to remain aggressively accommodative in monetary policy for as long as it deems necessary, andthe outlook for gold appears solid.

For their part, it appears analysts are starting to disagree a bit on the subject of what’s ahead for gold. It wasn’t all that long ago a seemingly hopeless outlook for the pandemic kept professional observers in agreement that gold would remain a good place to be. However, the anticipated arrival of a vaccine shortly has some re-thinking their gold optimism. Referring to what he sees as the greater likelihood that gold-favorable economic uncertainty could be close to an end, Tai Wong, head of metal derivatives trading at BMO Capital Markets, recently told Yahoo that “the strongly positive vaccine news augurs the real prospect of a return to normality perhaps by spring.” Translation: Gold soon will be out of favor.

It’s not just the availability of a vaccine that has some wondering if gold already hasn’t seen its best days this cycle. The prospects of a fractured government and the implied challenges of the new administration to spend as it pleases are on analyst radar screens, as well. Darius Tabatabai, head of trading at Arion Investment Management, also checked in with Yahoo to say that “it’s unlikely now with a split Senate that this serious level of fiscal spending goes on.”

But not everyone agrees. Suki Cooper, a precious metals analyst at Standard Chartered Plc, told Yahoo that, in her opinion, the “risks to gold prices remain skewed to the upside given expectations of loose monetary policy, with real rates remaining low or negative globally.”

Once again, no one knows, for sure. That said, in my opinion, Ms. Cooper’s assessment is more accurate. She expects loose monetary policy – a typically reliable driver of gold prices – to continue. So do I. The basis for thinking this way is not merely a blind prediction, but, rather, alook at the evidence before us, including the Federal Reserve’s own projections for monetary policy going forward.

Speaking last month to the assembled at the Society of Professional Economists “Post-COVID—Policy Challenges for the Global Economy” webcast, Federal Reserve Governor LaelBrainard reiterated the central bank will keep rates at zero until maximum employment and an average inflation rate of 2% are achieved. Brainard suggested in her remarks that the Fed will not even begin to raise rates until at least 2024. Even when it does, she added, the path upward will be “gradual.” In other words, we could be looking at zero-to-very-low interest rates for a long time to come.

Brainard also made special mention of the importance that “additional fiscal support” will play in a full and complete economic recovery. She clearly is anticipating the government will do its part and spend whatever is necessary to achieve said recovery. It’s no secret that the Democrat-driven House of Representatives has been pushing much-larger additional stimulus packages than those for which Republicans have advocated. And now that there is a Democratic president, it’s reasonable to consider that biggerCOVID-related stimulus packages are more likely.

Speaking of the incoming Democratic administration, the waythe political winds are now blowing in Washington serves as the other principal reason I remain optimistic about gold’s fortunes in a post-pandemic era.

Earlier, I referenced analyst Darius Tabatabai’sopinion that a split Senatemakes it more difficult for free-spending Democrats to secure their political agenda. I’m not so sure.

The recent election may not have resulted in the “Blue Wave” predicted by so many. However, there is now a Democrat in the White House and Dems retain firm control of the House, even as the GOP picked up some seats. As for the Senate, Republicans now occupy 50 seats while Democrats occupy 48. If Democrats prevail in the upcoming Georgia runoffs, that would result in a 50-50 tie with Vice President-elect Kamala Harris serving as the tiebreaking vote. Again, the configuration of the legislative and executive branches in that scenario might not look like the result of a “blue wave,” but the bottom line is that Democrats technically would have ultimate control of Congress in addition to, of course, the White House.

For that matter, even if the Senate remains at 52-48 in favor of Republicans, that’s still a very narrow margin of dominance for the GOP. It raises the possibility that a President Biden, who was a well-liked and respected member of the Senate for 36 years, potentially could cajole centrist Republicans such as Susan Collins of Maine and Lisa Murkowski of Alaska to be supportive of his expensive agenda – at least in some form – in the way conservative Republicans surely will remain staunchly opposed to it.

Gold’s Winning Formula Could Be in Place for Years

Obviously, none of us knows for sure what the future holds. That, of course, includes retirement savers, who no doubt would love access to a functional crystal ball as they set about the formidable task of guiding their portfolios during a period marked by a global pandemic, shifting political winds and widespread civil and social unrest.

Still, for those wondering what path lay ahead of gold once the corner is finally turned on the pandemic, there are very good reasons to think a pro-gold environment will remain in place. For one thing, the Federal Reserve has assured us throughout this year their specifically post-COVID agenda will be characterized by the same policies cued by the COVID era. The Fed has also made clear its efforts will be of limited value if the government does not commit to a robust spending plan, a historically pro-gold influence unto itself.

For another, the administration taking over the reins in Washington is expected to spend like crazy in the coming years on an agenda that is entirely separate from COVID priorities. The Biden agenda calls for significant increases in spending on health care, including an expansion of Medicare, as well as an estimated $2 trillion commitment to climate change initiatives. We may not see a blue-wave level of spending over the next four years, but it appears at this point as though it could be more than enough to keep gold happy.

So can the gold bull market survive beyond the pandemic? It can. Will it? That remains to be seen. But considering the same basic winning gold formula that has done so much for the metal this year still could be with us long after the pandemic has been contained, the chances look at least pretty good.