Silver Sets Its Sights on Another Run for the Ages

There seems little question that a precious metals bull market is in effect after the performances notched by gold and silver in the recently wrapped second quarter. Gold has demonstrated growing strength for a while now. Consistently improving numbers for gold kicked off during the fourth quarter of 2018, when trade worries rocked financial markets and the S&P 500 dropped 14%. Gold sensed greater economic trouble was afoot and continued to move upward. The yellow metal enjoyed another shot in the arm last June, when the Federal Reserve announced interest rates would be coming down. From there, gold smashed upward through a longstanding resistance price of $1,350 per ounce and kept climbing. Then the pandemic hit. Another shot in the arm for gold. The metal enjoyed its best calendar quarter in four years when it concluded Q2 with a 13% price increase.

Silver, the “quiet” metal, also began taking flight last summer. Although its improvement through the rest of 2019 was less even than gold’s, it clearly was trending upward. However, when the pandemic first unfolded, silver was thrown for a loop. You may remember that virtually all assets were leveled by an initial wave of fear-based selling. Because silver operates in a much smaller market than gold, the volatility that beset the white metal was significant. While gold was up 18% from last June through the end of this year’s first quarter, silver emerged from that period down 5% thanks to the selling hysteria that gripped the month of March.

Silver’s underwhelming performance figure belies an important fact about the metal, however. Although it tends to demonstrate greater volatility than gold, silver has finished some of the most storied precious metals bull markets in modern history having outperformed its more popular counterpart.

Earlier, I mentioned that gold jumped 13% during the second quarter. Pretty good, right? Well, silver made mincemeat of that number, soaring 32%. Such a figure reminds those of us who’ve closely followed metals for many years that when conditions are right, silver has the capacity to not only outperform gold but do so by a significant margin. 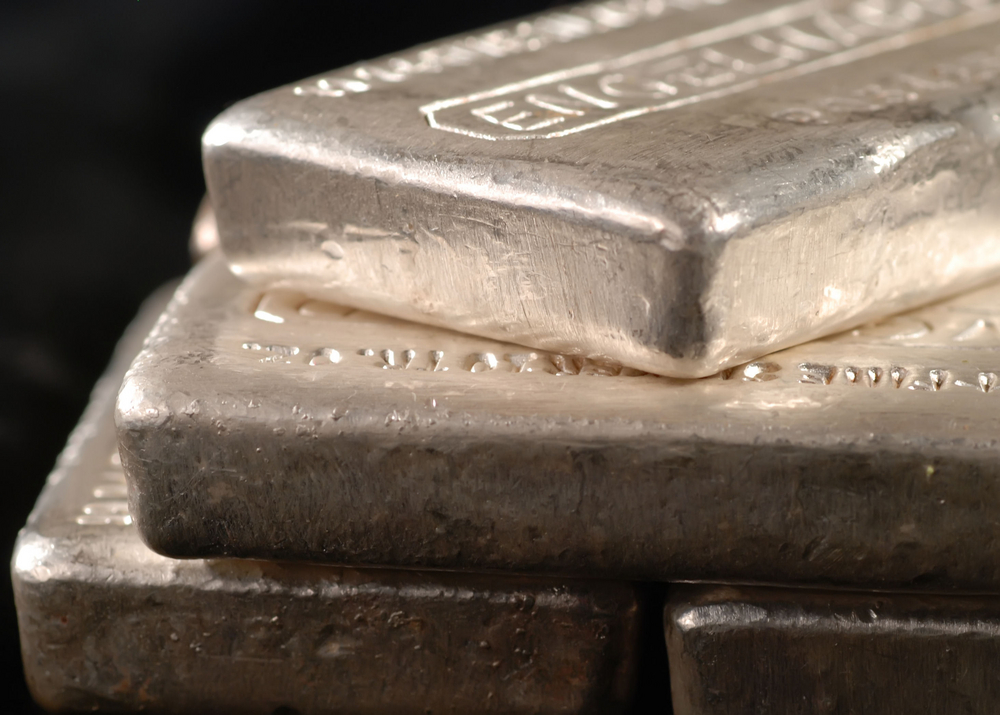 If you don’t remember what silver did then, allow me to refresh your memory. From 2008 to 2011, while the effects of the crisis continued to play out, silver soared nearly 400%. As for gold, it was no slouch, notching an increase of 160% between those same years. But 160% is not 400%. And the fact silver has the potential to make those kinds of gains while standing next to gold suggests that any precious metals portfolio that is without silver may be missing an important component.

It’s understandable why many tend to look past silver and head straight for gold when they first think of precious metals. But given what silver has done in previous metals-friendly environments and what it is poised to do again, that could be an unfortunate mistake.

The 32% increase in silver’s price during the second quarter was fueled by an ongoing buying trend of historic proportions. This buying trend is just one of the key factors of which discerning retirement savers should remain mindful right now.

Peter Spina of GoldSeek.com says that the speed and volume at which silver is being consumed presently is unlike anything we’ve seen before. Speaking to MarketWatch, Spina says that “never in the history of silver have we seen such demand for [the metal] in such a short period of time.”

So what’s the short period of time Spina is referencing? The Silver Institute, the best-regarded silver association in the world, tells us that 196 million ounces of the metal were gobbled up by exchange-traded products in the first half of 2020. To understand how extraordinary that is, note that the highest annual inflow ever recorded up to now is 149 million ounces. It’s worth mentioning the 149-million figure was achieved in 2009, smack-dab in the middle of the 2008 financial crisis.

Spina thinks part of the reason for the overwhelming interest in silver right now is a sudden recognition that it has been bypassed for years in favor of other assets, and that this trend has led to the metal’s significant undervaluation. According to Spina, silver has been “dismissed and mostly ignored over the last few years, as many former silver buyers turned to cryptocurrency and more exciting markets.” Spina implies that oversight of silver has generated a historic number that bodes well for the metal’s near-term prospects: the current measure of the gold-to-silver ratio.

The gold-to-silver ratio is considered by many experts to be one of the very best measurements of whether silver is undervalued, overvalued or valued just right. Spina himself calls the ratio “one of the best value indicators” of silver. The formula for determining the ratio is exceedingly simple.The ratio is nothing more than a calculation of how many ounces of silver can be purchased by an ounce of gold. During periods when silver is more expensive relative to gold, the ratio is lower because gold buys less silver. A lower ratio implies silver might be overvalued, or at least not undervalued. Conversely, when silver is cheaper, gold can buy more of it and the ratio is higher. This implies silver could be undervalued relative to gold, and perhaps in an absolute sense, as well.

Right now, gold is around $1,897 per ounce and silver is roughly $22.80 per ounce. By dividing 1,897 by 22.8, we calculate the current gold-to-silver ratio is 83.In comparison to the ratio’s historical levels, 83is high and suggests silver could be significantly undervalued, presently. For perspective, keep in mind that the average measure of the ratio this millennium is around 60. When the price of silver jumped 32% in the second quarter, that increase coincided with a drop in the gold-to-silver ratio from an all-time high of 115 down to 95.

Again, some perspective. When the price of silver skyrocketed 400% from 2008 to 2011, that jump occurred as the gold-to-silver ratio fell by half, from 80 to 41. With silver’s Q2 price jump against the backdrop of the aforementioned recent decline in the ratio, it’s worth pondering just how high silver could go from here if the ratio declines to or below the millennium average of 60.

To be clear, the gold-to-silver ratio is a metric that helps tell a story about silver. It is not the reason that silver is doing what it is, or why it moved upward so significantly 12 years ago. It’s important to recognize the historical significance of some of the metric’s movements. But it’s also important to appreciate the underlying fundamentals that point to another possible storied surge by silver.

Silver indeed may be particularly cheap right now, at least in terms of its value relative to gold. However, I believe the reason silver has been doing so well of late and could perform even better in the months ahead is rooted in its unique capacity to benefit in two important ways during distressed economies.

Like gold, silver is a precious metal with a demonstrated safe-haven property. However, unlike gold, silver also is a metal that’s crucial to the manufacturing of many products, thanks to its unmatched ability to conduct both heat and electricity. This means silver can benefit in both good and bad economic periods. During the 2008 financial crisis, silver soared both because it was recognized as an inexpensive safe haven and also because it enjoyed resurgent demand from industries revitalized by Federal Reserve quantitative easing (QE) efforts.

The gold-to-silver ratio aside, the same general environment that provided so much energy to silver from 2008 to 2011 exists today. The Federal Reserve already has made it clear it will do whatever it takes to get the pandemic-riddled economy back on track. Furthermore, we’re on track to see a new record in deficit spending this year. As GoldSeek.com’s Peter Spina suggests, silver is poised to build on the strength it showed in Q2 and continue moving higher at least through the near term.