0
SHARES
2
VIEWS
Share on FacebookShare on Twitter
Numismatics is the collection or study of coins, tokens, medals, paper money and other types of currency and related objects. While people interested in numismatics often are characterized as collectors or students focused on coins, the discipline is a lot broader than that. It encompasses all forms of money and diverse payment media that can be used in exchange for goods or to resolve debts. That includes gems, precious metals, cowry shells, cocoa beans, lambskins and even specially selected stones. It’s a hobby people have engaged in for hundreds of years.

The Pronunciation Changes But The Meaning Remains The Same

The word numismatics can be traced back hundreds of years. While the pronunciation has changed when it was used by the Greeks, the Romans, the French and finally the English, numismatics meaning has remained essentially the same.  The word denotes coins or other mediums of exchange with an assigned value that’s kept, held and dispensed . Today numismatists, whether scholarly experts, profit-seeking investors, or common folks, gather unique currency following in an old tradition. One reflecting curiosity about items ancient cultures felt held value. 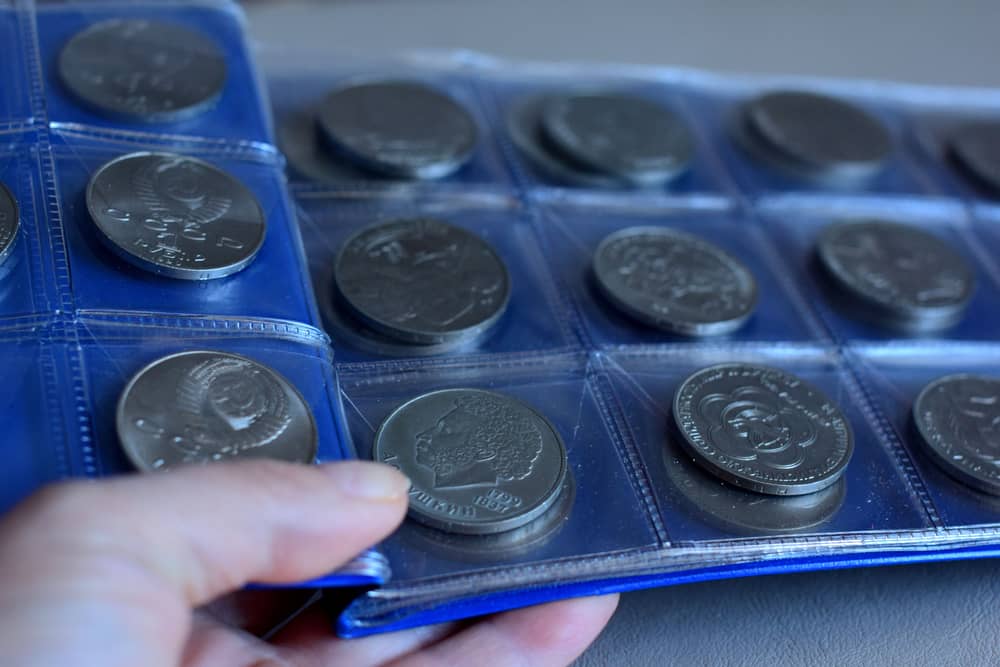 A numismatics coin is typically old, rare ones people collect for the historical value they hold, their potential to grow in price or just for fun. Every minted coin has a unique history.  Coin collectors and numismatics often research the unique, fascinating stories about the coins for their personal edification, to share with others and to add value to the coins they possess . Those coins are made from a variety of precious and semi-precious metals. They can range from gold bullion, to silver, bronze, copper, Potin, brass, tin, lead, zinc, nickel, aluminum, manganese, Aurichalkum and even steel. 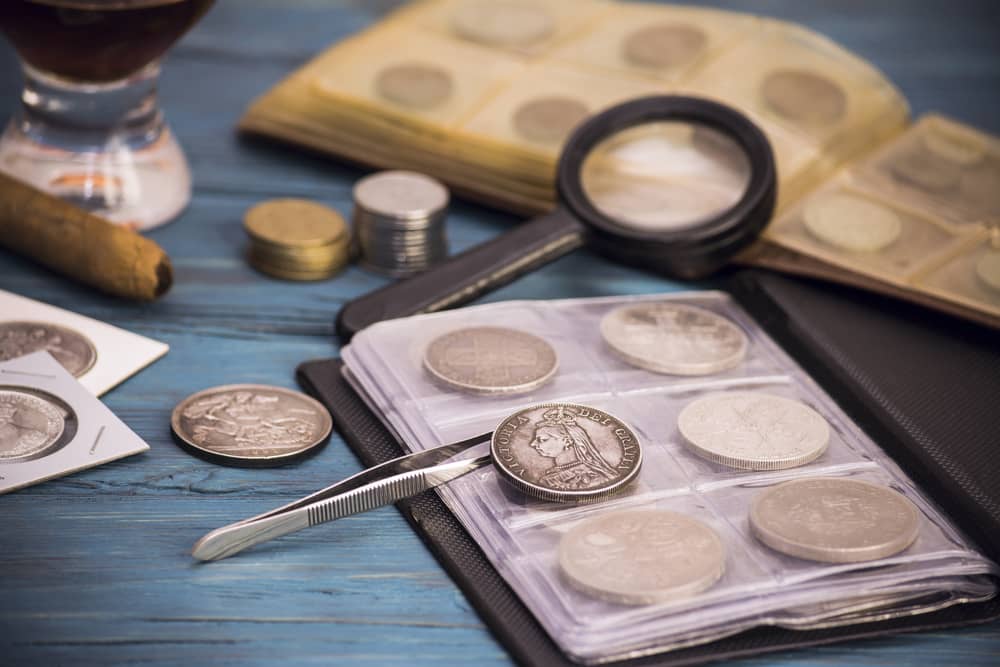 The value and importance of numismatics coins is based on their rarity, when they were minted and their intrinsic value. The ancient Greek historian Heroditus and others say, the world’s oldest coin is the Lydian Lion created in about 700BCE by King Alyattes of Lydia, in what is now western Turkey. The coins were made of Electrum, a natural blend of gold and silver. Kingdoms in ancient India made coins circa 6th century BC. Others say Babylon had money made of metal in 2000 BC. The Achaemenid Persian Empire, with their daric coin made of gold and siglos coin made of silver, is acknowledged as being the first bimetallic monetary standard and it continues today.

The Oldest Coin Ever Found

Rare gold coins from Israel and 300 year old silver coins found in shipwrecks are some of the discoveries that have helped to pique the interest of numismatics and other coin collectors worldwide. Identifying their types, origins, classification, finishes and historical importance has caused excitement and led to more interest in ancient coins.

Many early coins have been found and are in museums and private collections worldwide.  The oldest coin ever found was discovered in the ancient Hellenic city of Efesos . The coin, called a stater, is over 2,700 years old. This means it’s among the very earliest coins. 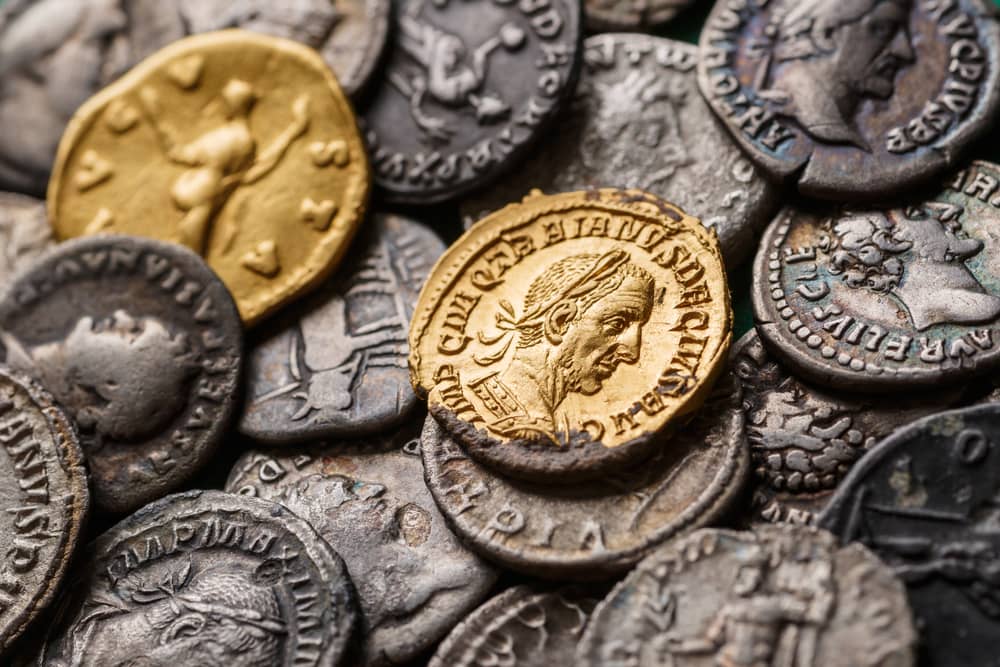 There are several rare and very valuable coins that are in private collections and held in museums around the world. Their numbers are so limited and their prices so high the average numismatist or coin collector has to be satisfied with seeing them in a museum. The top ones are:

Former United States Mint employee Samuel Brown owned all the Liberty Head Nickels ever
produced. Only 5 of them are known to exist. In 2010, one of them was sold privately
for $3.7 million.

Produced from 100 kilograms of 99.99% pure gold, by the Royal Canadian Mint, the 2007 Queen Elizabeth II was the world’s first coin with a million dollars face value. Only 5 of them have ever been sold. At an auction held in Vienna in 2009, a collector paid an astounding $4.02 million for a single one of them.

Made of pure gold by New York goldsmith Ephraim Brasher, very few specimens of the coin exist now. In 2011, one of them sold for $7.4 million and in 2014, another sold for $4.5 million.

One of the most valuable coins that was ever produced, four hundred thousand specimens of this $20 gold coin were minted by the United States government but never circulated. Most were melted down. Ten are in Fort Knox, two are in the U.S. National Numismatic Collection and one was sold at auction for $7.59 million in 2002.

First minted in 1794, this was the United States government’s first dollar coin. The Flowing Hair dollar only circulated for one year. Its rarity and historical importance makes it popular with collectors. One specimen was sold at auction in 2013 for $10 million.

In U.S. history this $20 coin is among the rarest as well as the most valuable. Only one of this coin exists and it’s estimated value is $20 million. If you want to see it you will have to pay a visit the Smithsonian museum’s National Numismatic Collections.

Numismatics Is The Study Of All Types Of Currency 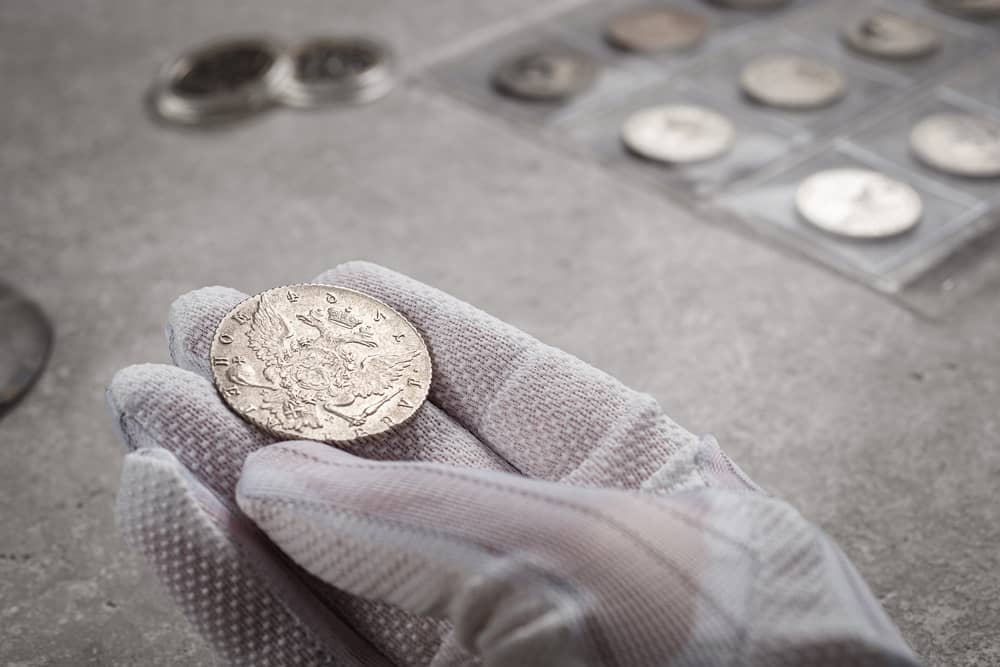 Some people associate numismatics with coins. But it’s much more than that. Numismatics is the study of all types of money, not just coins.  The rise in the value of precious metals, easier access to rare and collectable coins and currency and a growing stream of information on the web and cable channels has made numismatics and the collecting of coins and currency more popular . This increase in accurate information available to the general public has enabled many more people to understand that numismatics is more than just coin collecting. Numismatics is the study of currency of all types and all forms.

Northeast Numismatics is an organization founded by Tom Caldwell more than five decades ago. Its goal is to create a strong, sustainable, rare coin market by educating as many collectors as possible. An important part of the mission of Northeast Numismatics is to teach youngsters and people of all ages the coin collecting essentials. Enhancing people’s interest in and enjoyment of the hobby and teaching them the benefits of being involved in it for the long haul are just a few of the major goals of Tom Caldwell and his team. To attain those goals they work with many national numismatics organizations and share valuable information on their website.

Roma Numismatics is the premier auction house in the United Kingdom for ancient coins. Plus, they host world class auctions where people can buy modern coinage. Through their network of associates and consultants, they have created a thorough catalogue that has descriptions of Celtic, Islamic and Medieval coins, as well as coinage from many other different regions and periods.  Each year, Roma Numismatics holds at least two public auctions at the UK’s historic Naval and Military Club . Plus, through their website the company hosts 14 electronic auctions annually. They have a sterling reputation for the high quality rare coins they offer.

As India has one of the world’s longest histories of coin production, a growing number of people have become interested in numismatics meaning in Hindi. In some of the most common Hindi definitions and translations, the word numismatics meaning in Hindi is Nyoomijamatics, the science or study of coins and medals. Numismatists studying Indian coinage have helped to reveal the country’s exciting, complicated and immensely vast history and some of its previously unknown civilizations, customs and traditions. The role of numismatics has been extremely important when it comes enhancing awareness of India’s glorious past through its coins and other mediums of exchange.

An Australia based company, Noble Numismatics has been working with banknotes, coins, medals, stamps and other types of currency since 1976. Each year the company conducts 3 major, international numismatic auctions. Since their founding Noble Numismatics has conducted more than 100 major public auctions. The company’s expertise is backed by a numismatic library that has over 20,000 volumes.  Noble has set many Australian auction records and world auction records and generated over $220 million in sales . They handle Australia’s most important currency collections.

Founded in 1955, the non-profit Professional Numismatists Guild is an organization that is dedicated to collecting coins and buying and selling coins and paper money. Many of the top dealers in coins and paper money in the U.S. are Professional Numismatics Guild members. Knowledge, Integrity, Responsibility is the organization’s motto and is what gives buyers and sellers confidence when investing a small fortune in rare currency.

California Numismatics was founded in 1981.  Mainly known as a precious metals broker, they also buy and sell an extensive range of coins made from gold and silver . Plus, California Numismatics offers investors educational services including market insight, access to the Professional Rare Coin Council and competitive buying options.

From their base in Sarasota, Florida and through the website, Sarasotanumismatics.com, Sarasota Numismatics gives people worldwide with any size collections access to some of the finest rare US coinage and ancient coins and paper money from all around the world.

At Sarasota Numismatics they offer the finest wheat cents, rare coins, tokens, diamonds and more and access to the Mid-American Rare Coin Gallery and the Sarasota Rare Coin Gallery, two of the country’s premier coin galleries.

A family-run full service rare coin firm, Eastern Numismatics was established in 1974. Among the premier suppliers of rare gold coins and gold bullion in the country,  Eastern Numismatics offers ancient coins, modern commemoratives and much more . The headquarters is in Garden City, New York, but they also have offices in Sarasota, Florida.

More Than Just A Hobby 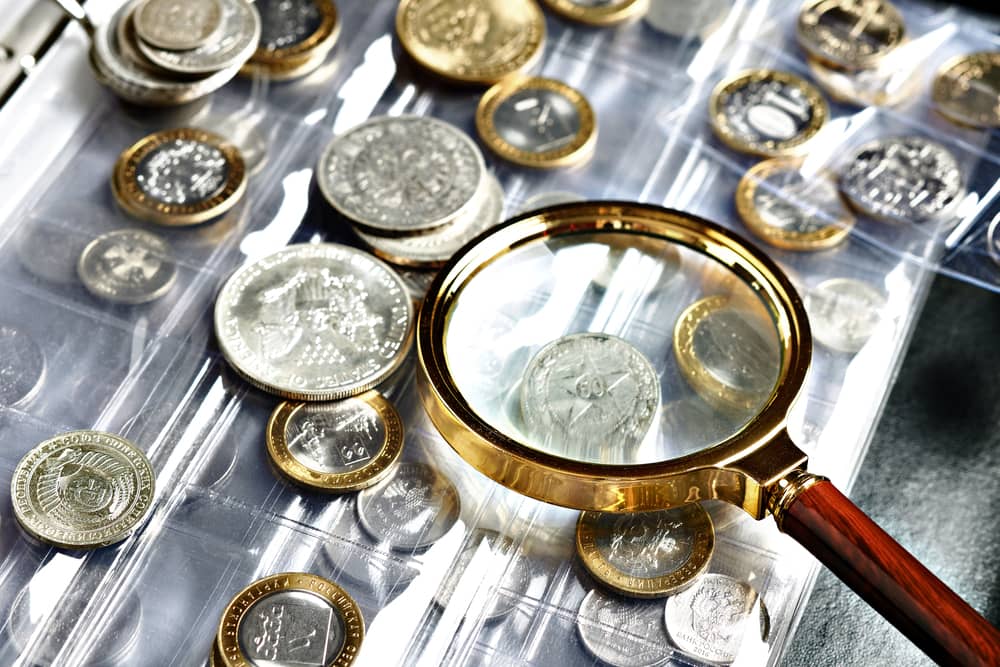 When it comes to the value and importance of numismatics India is the perfect example. Through numismatics India and it glorious ancient past has become familiar to scholars worldwide. Using numismatics India provides proof of the advanced civilizations long established there. The ancient coins found there teach of many long-forgotten rulers.

What Is a Gold IRA? A Straightforward Guide

Gold IRA vs. Physical Gold | Which Is the Better Option for 2023

How Does a Gold IRA Work

How Much Gold Should I Have in My Portfolio?