Experts: Blue Skies Remain for Gold as It Smashes Through Record High 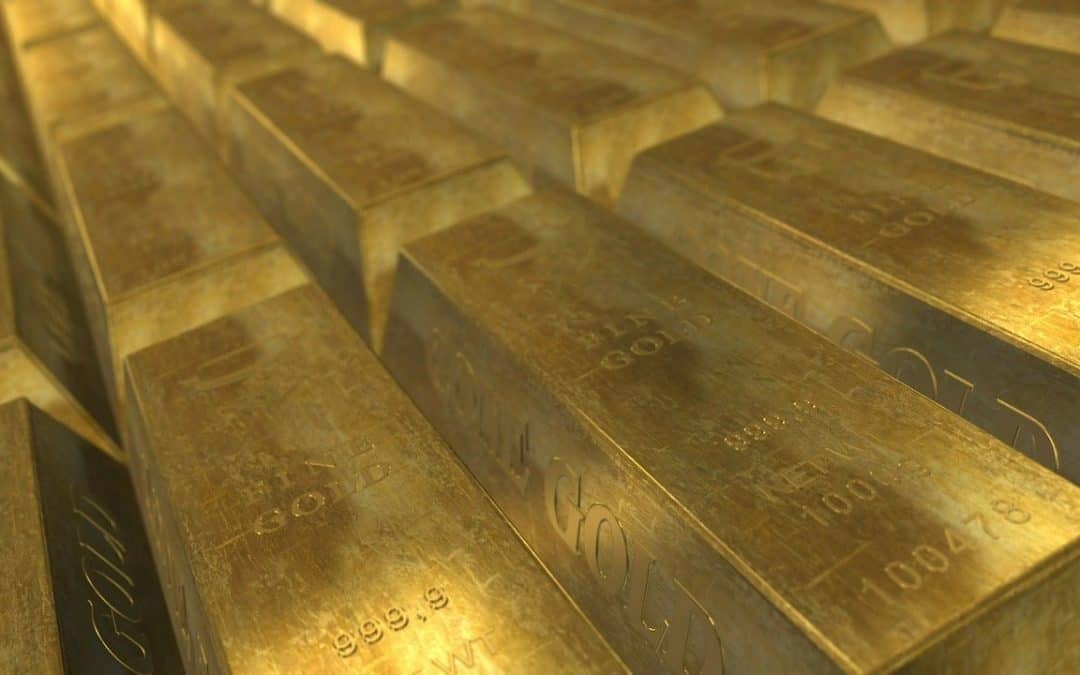 Gold has done it. Last week, the metal broke through the now-previous all-time price high of $1,923 per ounce that stood for nine years. Even more significant than the fact gold achieved this new high is the way it was done. Rather than spending a prolonged period knocking on the door of the record price before slowly passing through it, gold sailed upward through the milestone price as though it never existed. In fact, gold alreadyis approaching the mythic $2,000-per-ounce level. The yellow metal’s recent rise has been nothing short of remarkable.

Observers who keep a close eye on precious metals know the stage has been set for some time for gold to make a tremendous surge skyward. The roots of the current gold bull market can be traced back to the fourth quarter of 2018, when trade war fears prompted financial markets to fall nearly 20%. At the same time, gold climbed 7% against the tide. That performance served as a reminder of gold’s capacity to sharply improve on fears of a tumultuous economy. Moreover, the three-month period telegraphed the possibility that even more ominous days lay ahead for the economy.

Sure enough, the Federal Reserve essentially confirmed the economy was heading in the wrong direction when it declared last June that interest rates would be going back down. This was a significant moment for two reasons. First, the central bank’s decision informed the world that despite a decade of record-low rates, the economy remained so anemic that it couldn’t handle even a modest increase in interest rates. Second, it suggested the possibility that precious metals might be the place to be for years to come.

Enter 2020 and the COVID-19 global pandemic. With the devastating economic fallout, the Federal Reserve moved from the implementation of mere “dovish” monetary policy to the breathless application of quantitatative easing (QE) at unprecedented levels. Not to be outdone, the federal government is well on the road to establishing a new record of deficit spending this year. It’s anticipated that such spending will continue for at least the next few years as the country desperately tries to dig itself out from under the economic pile of rubble left by the coronavirus outbreak. While much of the nation weeps at the carnage, the “fixes” of ultra-loose monetary policy and stunning levels of deficit spending are leaving gold buyers positively euphoric.

In just the first month of the current quarter, gold is up 12%. This follows a second quarter in which the metal rose 13%. Since the beginning of the year, gold has climbed 31%. And since last June, when gold began surging in earnest after the Fed decision to drop rates, gold has jumped nearly 50%.

In light of all of this great gold news, many are now wondering what happens next? Understandably, some are growing concerned that breaking a longstanding price record in the process of rising nearly 50% in a little over a year means gold’s run is about finished. Not to fear, say experts, who believe the same conditions that paved the way for gold’s record run thus far will remain in place for the foreseeable future.

Analyst: This Is Still “a Very, Very Strong Market” for Gold

It is, of course, the economic fallout from the COVID-19 pandemic that sits at the foundation of gold’s present run. Without this sharp economic downturn, there would be no mammoth Fed asset-buying effort or record deficit spending by Washington. And if there was none of that, then precious metals likely would not be flying as high as they are right now.

The current state of the pandemic is a big reason why experts are so optimistic about gold’s prospects. Not only is there no sign that containment is in sight, but the outbreak literally is growing worse by the day. The number of new cases has jumped 35% since the end of June. Even if a “cure” or vaccine was found today, it would take years for the economy to get back to full strength. The bottom line is that because the pandemic will be with us for a long time to come, experts are convinced its unfortunate economic consequences will remain with us, too. And that is very good news for gold.

One of those experts is Barry Dawes, executive chairman at Martin Place Securities. In a recent conversation with CNBC, Dawes marveled at the incredible strength displayed by gold right now, suggesting the precious metals bull has a lot of room left to run.

“What is really significant is how quickly it [gold] went through that $1,923 which was the previous high. The other thing which was … very, very important was the fact that it went through $1,800 and with similar ease,” said Dawes. “That’s basically saying to me that this is a very, very strong market.”

“I’m looking for $3,500 within two years,” Dawes added. If gold indeed hits Dawes’s latest target price, it would represent a 75% increase from present levels. Although he expects to see some consolidation (sideways movement) in gold’s price as it continues moving upward, he firmly believes the underlying strength of the current gold surge is “very significant.”

Echoing Dawes’s sentiments is Garth Bregman of BNP Paribas Wealth Management. Bregman is expecting to see a period of consolidation around the $2,000-per-ounce price. After that, however, he’s looking for gold to resume its strong upward trend.

“We don’t see any catalyst in the short term for gold to stop its rise,” Bregman says. “In fact, the factors that have driven gold to these new highs are still very much in place.”

As confident as Dawes, Bregman and others are feeling about gold’s outlook, many who’ve yet to jump aboard the gold train remain concerned that any purchase they make now will prove to be too late.

It makes sense to be concerned about an asset’s valuation when it moves as high and as fast as gold has recently. This is particularly true when the asset has reached a new all-time high on the strength of that momentum.

That said, the same factors that have provided so much energy to goldare not only still present, they don’t appear to be disappearing anytime soon. What’s more, the concerns that gold may be close to peaking now that it has broken through its nine-year-old (previous) price high are overblown, in my opinion. For some perspective, let’s look at what happened when gold breached its last all-time high.

In January 1980, following the end of the economically tumultuous 1970s, gold achieved a high of around $850 per ounce that would stand for 28 years. In January 2008, at the outset of the financial crisis, gold finally broke upward through January 1980’s record price. So what did gold do after that? Did its upward trendstall for years? Did breaking the January 1980 price record cue gold to reverse the trend and plunge?

Neither happened. While there was a bit of a sell-off during mid-2008, gold’s strong upward movement continued for another three years.

Breaking through $1,923 per ounce certainly is noteworthy. But retirement savers who are still considering a move into gold should be careful about attaching too much significance to the occasion. The achievement of new price highs by an assetis always worth some thoughtful consideration by those considering a purchase. Even Dawes and Bregmanexpect to see some shorter-term up-and-down behavior by gold as it continues its journey to the upside. But as long as the foundational influences that have provided so much energy to gold thus far persist, there’s little reason to fear its impressive surge will end anytime soon.