by Tim Schmidt
in Retirement Tips
0 0
0

​I always read articles that tout retirement destinations with extreme caution, mainly because many of them are influenced by advertising dollars and are perhaps selling real estate on subsequent pages.  However, this Business Insider article was told from the perspective of people who are already living in what they consider the 10 best places to retire to in 2020.  Today I’ll delve into this article, as well as share my take on my experience living overseas in this Friday update.

This update was based on the International Living Magazine’s retirement indexed, which was just released for 2020.  Before I go on any further, it’s only proper to talk about how these ratings were generated and what criteria was used to formulate this list:

It wasn’t a surprise to me that five Latin American countries made this list.  Avid followers know I’ve lived in both Nicaragua, and very extensively throughout Costa Rica, and have a lot of input on those countries in addition to Panama.

Also read my prior article on retiring to Latin America on $2,000 monthly income.

Why Are People Retiring Overseas?

More and more people are working later in their life.  With the average retirement age having been 65 for quite some time, many people are working until 72.  At the same time, the article talks about how millenials are working early on and acquiring income producing assets (like stocks paying dividends) and then scaling down their expenses and retiring early.  With technology these days, the swings of making money can happen much quicker than before, thanks to the ease of creating a website, making money on YouTube, being an influencer, writer, or other online living.

There is no direct path to retirement, and nobody can predict the financial obstacles that fall in our way along our journey.  Just in the last year, I was diagnosed with a rare kidney disease and had to come out of pocket tens of thousands of dollars to get alternative care when I had an awful reaction to the prescription steroids that were used to treat it.  For this reason, retiring abroad is definitely on my radar, as well as keeping a primary residence in South Florida, a place I’ve called home base for almost 20 years.

To keep their ways of life, and retire in style, many people are deciding that retiring abroad is the thing to do.  You can live lavishly if you choose the right places and do your homework, as well as have great health care and even personal assistants, chefs, drivers, and more, for a fraction of what it’ll cost you you in the USA.

The aforementioned Index I spoke about earlier in this article ranks destinations where you can live better, spend less money, and get more in return during your golden years.

The list was made possible by doing surveys of US expats already living abroad, and they were ranking their experiences in 10 categories:

The above categories were scored, with 100 being the top score.  The scores were based on very detailed analysis, such as when you look into real estate value, this drilled down the costs associated with building a house, paying taxes yearly, and the potential ability for rental income.  Living costs were analyzed based on items such as attending a movie, stocking your kitchen with produce, and other daily expenses that we all are used to paying.  Hopefully that gives you an idea of how things were rated and how these findings came about.

When these ratings were completed, each country was given a score, with 100 being a perfect score.

​After all of the above was tallied up and calculated, the below list was created.  Here is the list, from #10, to #1. A low cost of living, and a solid jump off spot for traveling were reasons for this country scoring so high. A slower pace of life was a key reason for France making the list, as well as the attention to detail and the European Culture. Affordable dining and entertainment were a major reason Spain got such high marks.  After spending a few vacations in Barcelona, I totally agree! Our first Latin American country entering the list is Ecuador, which translates to “Equator.”  The climate was very attractive as it’s very consistent here, and the country has half price airline tickets for Seniors. Staying in South America, #5 showed the once dangerous country of Colombia making the list.  Well moved on past the Pablo Escobar era, Colombia is ripe for tourism and is highly popular with digital nomads who look to play arbitrage with the cost of living working from laptops.  With nearly 4 million people in Medellin, the area is quickly rising the ranks of the most in demand places to visit and retire. You don’t need to sell me, or anyone really, on the food in Mexico!  (Maybe I’m biased, as it’s my favorite type of cuisine.)  The vibrant life and culture pulls a great number of retirees South of the border each year. My home away from home, Costa Rica.  Beaches, culture, a very diverse country with mountains, rivers, oceans, varying temperatures, Costa Rica has it all.  The quality of life is very relaxed, and once you get residency the health care is available to you for a very small fee in taxes. Another place I’ve spent a lot of time, is Panama.  While Costa Rica lacks the big city high rises and infrastructure, you’ll find this in the financial capital of South America, Panama City.  The price of health care is very cheap, and it’s just a three hour flight to Miami, and is also used as a major connecting point for all flights throughout Latin America and the Caribbean. Boasting amazing food and wine, Portugal also has an ideal climate, relaxed vibe, and several expat communities, which made it #1 on the list of places to retire abroad in 2020. 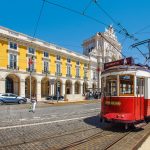 How to Open a Gold IRA Account Tax and Penalty Free

Benefits of Investing in Stocks for Retirement

Where to Donate Used Books – 10 Options to Consider