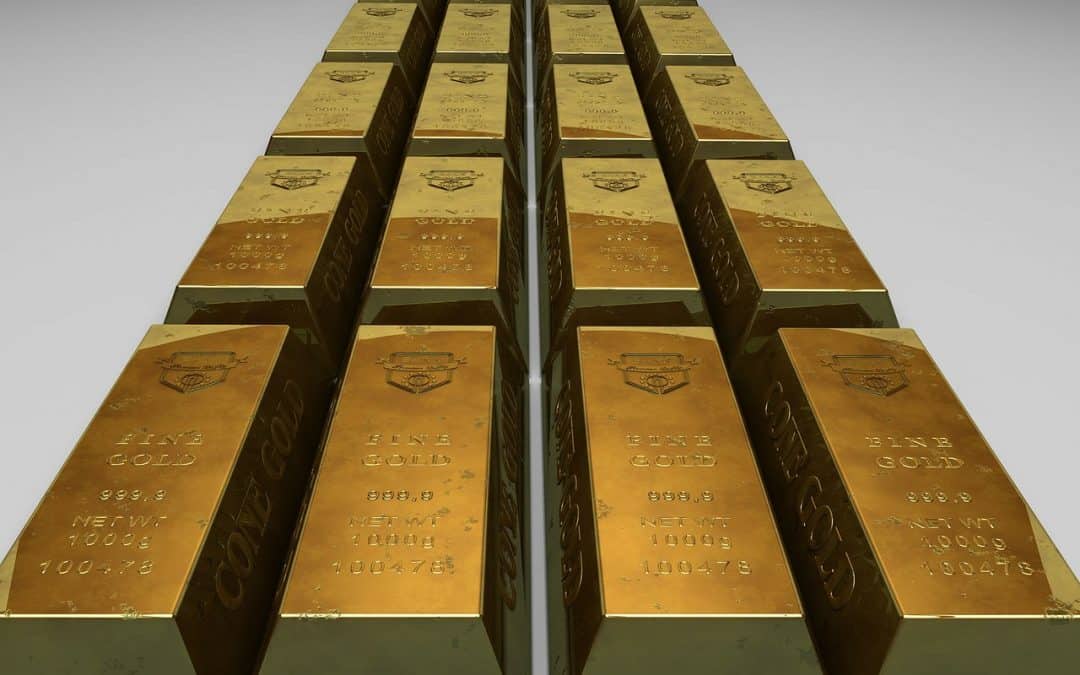 It’s understandable if you do. For one thing, there’s the tedious bit of consolidation the metal’s price has been exhibiting since August. Despite the fact that gold’s underlying positive fundamentals remain sound, it has seen fit to trade sideways over the past three months. In fact, gold is actually down 13% – technically a correction – since August 6, when the metal reached a new all-time closing high.

Then there’s the recent news that two COVID-19 vaccines are about to make their grand entrance on the global stage. Some analysts now are suggesting the advent of these vaccines means a genuine economic recovery is on the way. As Tai Wong, head of metal derivatives trading at BMO Capital Markets, recently put it to Yahoo, “The strongly positive vaccine news augurs the real prospect of a return to normality perhaps by spring.”

Even banks that until recently remained very bullish on gold’s prospects going forward have seen fit to change their tune based on the possibility we’ll be awash in vaccines shortly and the global economy will be on the path to receiving a clean bill of health. Back in April, Bank of America projected that gold would hit 3,000 dollars per ounce next year. Now, however, the bank has greatly modified that projection based on the vaccine news and sees the metal barely climbing back above 2,000 dollars in 2021.

But not every bank feels that way. Investment banking giant Goldman Sachs recently said it’s projecting gold will reach $2,300 per ounce in 2021. That would be an increase of 30% over present levels and 11% higher than the all-time closing price high of $2,067 per ounce reached in early August.

And there are other banks lining up to say that 2021 will be a year that sees gold achieve anotherrecord price. Yes, there are those who believe the vaccine’s beneficial effects will be too much for gold. But in the context of a Federal Reserve that sees both zero interest rates and plenty of deficit spending in our future,it’s difficult to imagine gold would not remain positively responsive to those historically strong influences.

I’m a little puzzled at Bank of America’s significant revision to its 2021 target price for gold.I certainly understand the implications of imminently available vaccines to a global economy that’s been broken by the pandemic. But suggesting all will be so wellin 2021 that gold’s run is basically over strikes me – and plenty of others – as overoptimistic.

Take the Canadian Imperial Bank of Commerce (CIBC), for example. One of Canada’s “Big Five” banks, CIBC is forecasting a strong 2021 for gold and is doing so in no small way because of the Fed’s pandemic-guided monetary policy outlook.

For one thing, CIBC is underwhelmed by the possible benefits that could accrue to the global economy from a COVID-19 vaccine and says the expectation of a return shortly to an economic normal is “premature.” CIBC believes the “economic risk and uncertainty is far from over, given that globally we are in the midst of second wave, and what will be a 15-18 month global slowdown of the world economy will have longer-term effects.”

CIBC also sees a direct correlation between anticipated low interest rates and the robust outlook the bank has for gold. “We forecast real rates, the primary driver for gold prices, to remain under pressure for the next several years as governments tackle heavy debt loads and focus on reducing unemployment numbers,” CIBC says. “The U.S. Fed Reserve will likely reiterate a ‘lower for longer outlook’ particularly in light of the global economic backdrop, which we continue to view as positive for gold.”

Citigroup is another bank expecting big things from gold next year. Recently, Citi updated its 2021 price target for gold, saying it expects to see the metal reach $2,500 per ounce next year. Commenting recently on Citi’s forecast during an appearance on CNBC, GraniteShares gold ETF founder Will Rhindtook the opportunity to addressed gold’s current consolidation pattern and put it in what he views as the proper perspective. He suggested the movement isa temporary blip on a radar screen that has higher prices clearly in focus thanks to the stasis of pro-gold fundamentals.

“The conditions that drove gold to an all-time high this year are very much still in place,” Rhind said. “I think it’s just natural that once you get to an all-time high in an asset class, there’s some consolidation afterwards and that’s what we’re seeing right now in terms of the price. But the fundamental conditions are still here and I believe that they will be here for the next 12-15 months minimum as well.”

Fed Agenda Could Keep Gold Bull on Its Feet for Years

Headlines already are screaming that gold is on the way out thanks to the arrival on the scene shortly of COVID-19 vaccines. There even are suggestions that gold’s recent drop below $1,800 per ounce is significant and that the current consolidation pattern could be on the verge of turning to a trend reversal of gold’s long upward track. Now Bank of America has dramatically pulled back on its prediction that gold would reach $3,000 per ounce in 2021.

But I think this is a time when it’s especially important not to lose sight of the forest for the trees. Right now there’s a lot of vaccine-related excitement, as well as related predictions about what the vaccines will mean for the economy and markets. Some of those predictions do not bode well for gold. However, I agree with CIBC that any expectation that we’ll be back at an economic normal where gold perhaps is less consequential is premature. CIBC expects a record-breaking year for gold in 2021. So does Goldman Sachs. So does Citigroup.

“The structural bull market for gold is not over,” crows Goldman Sachs. Bank of America and others may disagree. But given the degree to which the Federal Reserve’s ultra-accommodative stance appears to have energized gold this year as well as the fact their stance apparently will remain firm for at least another four years, it’s difficult to imagine the gold bull keeling over anytime soon.